Beyonce’s latest album, Lemonade, is a manifestation of the saying “Hell hath no fury like a woman scorned”. The song “Freedom” ends off with a video clip of B’s grandma concluding her speech at her 90th birthday celebration with the words “…I’ve had my ups and downs, but I always found the inner strength to pull myself up…I was served lemons, but I made lemonade”.

Before I cover fashion trends to watch out for, here’s my review after listening to the album….

The narrative of the album revolves around Beyonce standing up for herself as the cheated wife. She narrates the stages of going through a betrayal by a lover, someone she views as the love of her life. These stages outline the process of transforming sour lemon into sweet lemonade and are titled as intuition, denial, anger, apathy, emptiness, accountability, reformation, forgiveness, resurrection, hope and redemption. 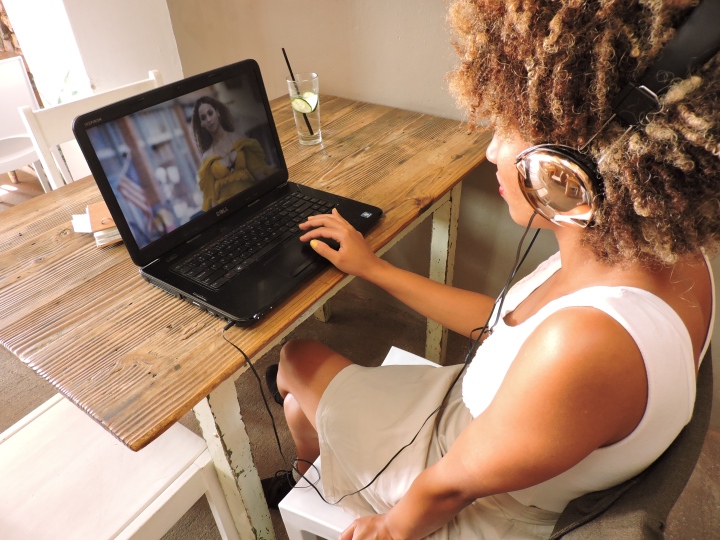 She manages to balance her pain with power in each of the songs by not playing victim and defending her position as faithful wife and hard-working, successful business woman. It was empowering watching this powerful woman handle her pain in such a sophisticated manner. She was hurt but didn’t allow it to define who she is, didn’t allow it to destroy her whole self. In fact she used this painful situation to delve deeper into herself and discover the gold mines inside of her.

An aspect that captured my attention while watching Lemonade was the ambience created through dress. For example the use of a simple black hoodie in the “Pray you catch me” video relates to the story of the song, during which she does not have any proof of cheating, yet her intuition tells her otherwise. Much like black is a basic colour, so is intuition which we’re all naturally equipped with. It’s also noticeable that she wears little to no make-up and is in a state where she mourns the loss of someone she trusts.

In the video “Hold up” she wears this vibrant yellow dress which is a beautiful expression of the frustration felt that stems from discovering a cheat. The crazy act of smashing everything in her path with a baseball bat and a cheerful persona is enhanced with the frilly, yellow dress.

Another feature I noted was the wardrobe chosen for the cast of the visual album. The narrative that the clothing provides rewrites the story of the non-white woman; the position of the black woman is shifted from less than to worthy. This is apparent in the dignity with which the women in the videos are represented with. There’s an air of royalty throughout.

Feelings I connect to when watching lemonade is going back to your roots, back to the beginning…a different kind of beginning though…one immersed in pride, in a form of patriotism, a patriotism celebrating the beauty of the black woman and recreating the past as it should have been done. I view it as being transported back to the time when dignity was not present due to the conditions of slavery and rewriting the narrative through having black women embrace their beauty, their natural beauty, that being natural is enough, no need to show too much skin, no need to conform to another’s standard of beauty, no. Rather to just be and be it beautifully. 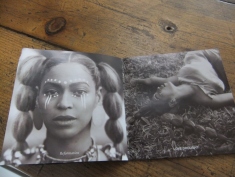 The colour white…White is a cool colour, the only thing that sucks about it is that it seems to act as a magnet for dirt as soon as you step out the door. Victorian era dress…This trend will most probably show up in the creation of bigger shoulders with use of shoulder pads. Also darker, deeper and richer colours would represent this trend and I think that’s as far back that we’ll take it. Platform shoes…is great for those long ass trousers that us short girls struggle to wear without having to take in the hem. It’s also comfortable which is a plus! Afro’s…Go Big or Go Home or Go Braided. Fur coat…for those days you may feel fierce and “Tell him boy – BYE!”. Either this or you’re just looking for something warm to wear this winter. I’d opt for faux fur rather than the real thing, not only because I can’t afford it but it doesn’t hurt any animals in the process. African themed makeup…be inspired by the vast amount of African cultures and incorporate a difference into your make-up look. Head wraps… are also rooted in African culture and they make for a great style statement as an addition to either your office or casual outfits.

What did you think of the album?